The Story of a Boy named Timothy 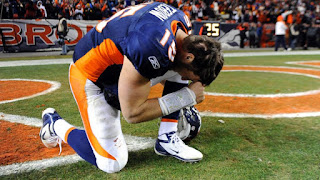 Some time last year, the state of New York passed a new abortion law. This law not only strives to sustain and protect what has been allowed by Roe vs. Wade, it goes beyond it. Of a few different things this law adds, one is that it allows for late term abortions when it is determined that the baby is not "viable". Where it says viable,  that means a doctor says the baby is unable to live outside the mother's womb. Where it says late term, it means past 24 weeks, even up to 9 months right up to birth.....right up to birth.

What do I have to say about that? Well I say, I've got a story to tell you.

A woman named Pam and her husband Bob were serving as missionaries in the Philippines.  Pam contracted amoebic dysentery, an infection of the intestine caused by a parasite found in contaminated food and water.  She went into a coma and was treated with strong antibiotics before they discovered she was pregnant.

Doctors urged her to abort the baby for her own safety and told her that the medicines had caused irreversible damage to her baby.  She refused the abortion and cited her Christian faith as the reason for her hope that her son would be born without the devastating disabilities physicians predicted. Pam said the doctors didn’t think of it as a life, they thought of it as a mass of fetal tissue.

While pregnant, Pam nearly lost their baby four times but refused to consider abortion. She made a pledge to God with her husband that if He would give them a son, they would name him Timothy and they would raise him to know the Lord and would hopefully become a preacher one day.

God blessed them with a healthy son. They named him Timothy.

Fast forward two decades later to January 8, 2009. Timothy was the starting quarterback of his college football team. They were playing in the national championship. To share his faith, Timothy wrote in his eye black “John 3:16”.

By the end of the game, 94 million people had googled "John 3:16" to see what it meant. They read about God so loving the world that He sent His only Son, and that for everyone who believes in His Son would have eternal life with God.

By the way...Timothy and his team won that game. Timothy went on to win the Heisman trophy that year.

Fast forward 3 years later…to the date…on January 8, 2012. Timothy was starting as the quarterback for the Denver Broncos. Timothy and his team were playing against the Pittsburg Steelers in the first round of the playoffs. Timothy played well in that game. Everytime his team scored, Timothy kneeled on the field, with millions of people watching as he prayed to the one true and living God. The same God who gave him the athletic abilities to play that game so well.  The same God who gave him life and protected him in the womb.

By the way...Timothy and his team won that game.

During the game, the millions watching remembered Timothy was the one from the game 3 years earlier. Timothy found out after that another 90 million people searched "John 3:16". He also found out that...

Timothy no longer plays football, but he uses his platform to minister to kids with disabilities and to share the Gospel message of John 3:16.

You might not know him as Timothy who was said to not be viable while in his mother's womb, but you probably do know him... as Tim Tebow.

#Godsaveourcountry
Posted by Rev. Eric Evans at 6:31 AM No comments: