What I hear, What I say and What I actually do. - A Morning Prayer 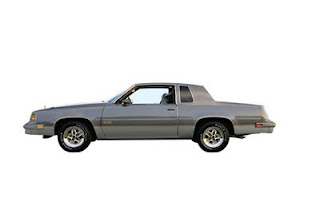 Good morning Lord. Thank You so much for this new day. I don't know what it has in store for me, but as long as You are in it, it has to turn out to be good.

Lord, I was thinking about my very first car. It was a 1982 Oldsmobile Cutlass Supreme. Not sure what made it a Supreme, but I liked it. It sort of became my car by default. My dad bought it used for a family car that my mom drove. But when I got my license, I started to drive it some, then more and more, until it became my car.

I was so proud of that car, I nearly washed the paint off of it. I'm surprise I never slid off the road with all the Armor All I lathered my tires up with. I was just so glad to have something to drive, and I was glad (and somewhat surprised) that my parents trusted me to drive it. Momma even told me I could drive it to school. However, she gave me o e very simple and direct instruction...DO NOT pick up a car load of boys on my way to school. She said I could let 1 ride with me, and that was it.

Father, that made sense to me, and I understood why she said that. But there obviously was some disconnect between what my ears heard her say to do, what my mouth said I would do, and what my brain was actually planning to do. On about the 3rd week of having my license, what little common sense I had gave way to the mounting pressure of all the "Come on maaan". So on my way to school I went about picking up not one, not two, but three of my friends: Mike, David O. & Jody.

Lord, long prayer short, You know all the details, but next thing I knew, we were resting, drivers side down in a ditch, just in front of my school, having hit another car (which was driven by one of my teachers), with bus loads of fellow classmates driving by inspecting the accident scene, and with a song by Eric B and Rakim still playing on that boom box (titled "Move the crowd" no less).

I was thankful that no one was seriously hurt. However, I must say that my inner person, who can't be strapped into a seatbelt  was crushed. And it wasn't until I was sitting in the state trooper's car, looking in his rear view mirror at the disappointed look on my mothers face that I fully realized the extent of my emotional damages.

Lord.....I don't want that to be my life now. See, You have given me a brand new life that I am so thankful for. A fresh start and a different path. And I probably get that same child-like, foolish looking grin on my face like I did washing my first car when I think about this new life. But at the same time, I hear You when You warn me about certain things. I understand that with my new freedom there must be some boundaries and limitations; not to steal my fun, but to protect my life. And I don't want to find myself having the same disconnect between what my ears hear You tell me to do, what my mouth says I will do and what I actually do. My new life is worth not taking that chance, and I don't want to get this close to You only to find myself wrecked on the side of the road.

Lord, help me to keep it between Your lines. Give me a heart to hear and the mind to obey. I love my new life and I love You.