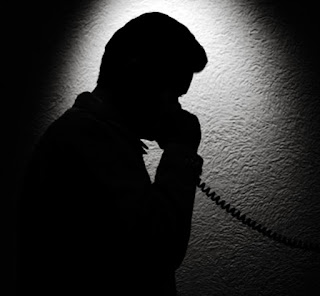 I post this for my dad whose birthday is today!
-----------
Ever had a breakdown? No, I don't mean a mental or emotional breakdown. I mean your car broke down. Bummer isn't it? I've driven all kinds of cars in my life, and usually I drive one until the wheels fall off, as they say. So I've been through many breakdowns.

I remember my first was when I was in college. It was the end of my first semester, and I was driving a 1982 Oldsmobile Cutlass Supreme. I was heading home for Christmas break, and I was leaving Greenville on a Friday evening. Most of the students had jetted out of town, and by the time I stopped to get gas around 10:00 PM, the town seemed deserted. I got my gas just as the store was about to close, and hopped back in ready for my ride home. But the car wouldn't start.

There happened to be a guy about to pull out the lot who tried giving me a jump, but the car wouldn't do a thing. He said he thought it was the starter. I didn't know much about cars, so I had no clue what it was. All I knew was I couldn't fix it, and I sure didn't have the money to pay someone else to. That guy left, and the guy working in the store was turning out the lights and told me he was about to close up. So there I was broke down, no money and no one there to help me.

My college buddies I knew well enough to call on were long gone. So I didn't know what else to do, but to go over to the pay phone (yes this was before cell phones), pull out my quarter, and...call my dad.

I hated to have to call him, because it was late, and I knew he was probably in bed tired from working all day. Not to mention, he was almost an hour and a half away. I don't know what I expected him to do, but I didn't know what else to do. After the phone rang a few times, he picked up. I could tell I woke him up. And I said that stupid thing we say when we call someone late at night..."Were you sleep?". DUUUH.

As I was explaining what was going on, I was squinting as if to brace myself for his response. You know like when you're about to open that can of biscuits knowing it will pop. I guess I was expecting his response to be about what my response would be if someone called me in the middle of the night like that. I was expecting a big sigh, or a "Lord have mercy", or "Boy you mean to tell me I gotta get out of bed and...". But I realize now that was my expectation, because that was before I was a father myself.

To my delightful surprise, my dad without hesitation simply said "I'm on my way!". For that skinny, 18 year old kid, broke down, standing in the dark at a pay phone, far away from home, that was one of the best things I'd ever heard someone say to me. And not only was I glad that I could hear the urgency in his response letting me know he was going to come as quickly as he could, but I could also hear in his voice that he was glad that I called on him.

I dug that story out of my mental archives not to show you how great my daddy is, though he is pretty awesome. I shared that story of my earthly father to point you to my Heavenly Father.

In my walk with the Lord, I have found that He is just as eager for me to call on Him when I need help. Psalm 46:1-3 says "God is our refuge and strength, a very present help in trouble. Therefore will not we fear, though the earth be removed, and though the mountains be carried into the midst of the sea; Though the waters thereof roar and be troubled, though the mountains shake with the swelling thereof. Selah.(which means stop and think about it)"

Do you feel broke down in your life right now? Broke down in your marriage; your finances; your health; your peace of mind? Feel like there is no one who can help you or who wants to help you? Then call on God! Call on Him right now. Because not only can He help you, but He wants to help you. He will be glad that you called. But don't let the only time you call be when you're in trouble. Call on Him everyday. You'll be blessed and God will be pleased.