Have You Made the Turn? 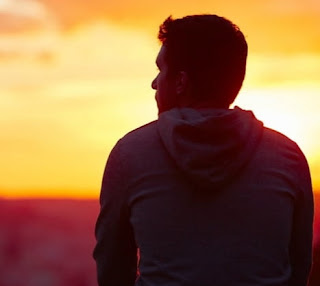 If you can, stand up where you are. Ok stand up straight and look straight ahead. Now turn; don't go any where, just turn. You can turn 45 degrees, 90 degrees or 180 degrees. Doesn't matter, just turn and face a different direction from where you started. Ok, you can sit down now (hurry up and sit down, people are starting to look).
Ok so, you've just illustrated what the first step of repentance looks like; and notice it's not a step at all. It's a turn. See the first step starts inside the heart and it involves a conscious decision where you say "I'm no longer going in the direction I was headed; with the seed of faith God has given me,  I am using it to turn from my sin and to face Him".
If you notice, when you did your little demonstration a moment ago, you had not changed your location at all. You were still standing in the very same spot. The difference was you were facing a different way. And that is what the first step of repentance is all about.
The Prophet Joel wrote "That is why the Lord says, 'Turn to me now, while there is time. Give me your hearts. Come with fasting, weeping, and mourning.' " (Joel 2:12 NLT)
The day I publicly acknowledged Christ as the Son of God and my Savior, I had to take the first step of repentance. I made a conscious decision to turn a different way. Now certainly God orchestrated circumstances around me to want to turn; He used the man of God preaching that day to direct me on how to turn; and the Holy Spirit gave me the notion and the strength I needed to make the turn; but I had to decide that I was going to turn.
At the end of that day in 1997, no one, including me, noticed anything different in my life. Though I had turned, I was still standing in the same spot, like you were a moment ago. But praise God it put me facing a new way, and now almost 22 years later, I can see I am in a totally different place from where I was headed.
So I encourage you. If you've recently made that turn but you're feeling defeated because everything looks the same in your life, hold on! You're facing a new way, which means you're going a new way, and your change is...on the way. If you haven't made that turn, but you can feel God calling you to a new way, I ask you one question...what are you waiting for?