The Heart Behind the Symbols - A Morning Prayer 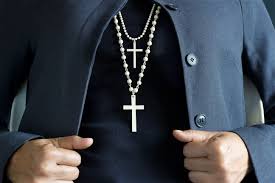 Good morning Lord. Thank You for another day. Every hour, every minute and every second of this day is more valuable than any currency. Help me to spend it wisely.

Lord, I was looking at all the icons on my computer and things around in this room, and I realized that we use symbols all the time. There is a small symbol of a globe at the bottom of my screen that says I am on the internet. There is a symbol on the Ipad on the desk next to me that says it was made by Apple. There is a symbol of a heart on a picture my daughter did for me that says she loves me. And there is a cross on my wall that is a symbol saying I am a Christian. I could go on all day. There are symbols everywhere. I'm sure I will see at least a hundred symbols before this day is over, all meaning something. I hope I know what they mean, and I hope they mean something good.

Lord, I was reading a passage of scripture that made me think about the things we do and the things we wear that act as a symbol of something we think or believe. The scripture was from 1 Corinthians 11 which talks about a woman wearing a head covering, and a man not wearing a head covering while praying. Both were at that time and in that culture a symbol that spoke of their submission to You. Then it goes on to to say that a woman is to not cut her hair and a man IS to cut his, there again both symbols that at that time would be clearly understood as submission to You.

Lord, sometimes I read things like that in Your word, and I get too caught up in the symbol and overlook the message behind the symbol. I will even debate in my own mind as to whether that means a woman in church praying without a head covering is sinning, or whether a long-haired man is out of favor with You.

But I think what You are trying to teach me is that what is most important is not what people see in the symbol, but what You can see behind the symbol. See I know there could be women with their head covered and men with their hair cut who are not at all committed to You, no matter the symbol they display. Just like a person can have Christian bumper stickers, the fish symbol hanging over their door, a cross hanging from their necklace, and a "God is Good All the Time" t-shirt on and still be just as far away from You as a person who have never uttered Your name. In the same way, a long-haired man riding a Harley, wearing a leather jacket that covers up an "I Love Metallica" tattoo from his old life could be closer to You than most people would naturally assume.

My prayer this morning Lord is this....I do want to show people my relationship with You through the symbols I use. I do want them to see my cross, and to see my Christian wallpaper on my phone, and to see me carrying my Bible, and to see that I bow when I pray and that I pray before I eat. I want people to see all of those symbols and more because I want those symbols to serve as road signs to point a lost soul in Your direction.

But even more than that, I want what You see behind those symbols to be real and true. I want my heart to speak louder to You than any t-shirt I could ever wear. And want it all to say one thing...Lord I love You.