My Story is for God's Glory 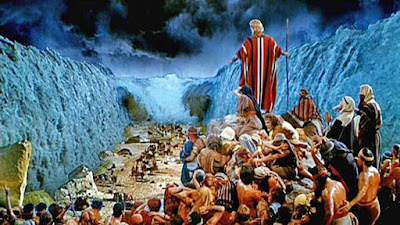 "But I will make Pharaoh’s heart stubborn so I can multiply my miraculous signs and wonders in the land of Egypt." Exodus 7:3 NLT

Did you catch that? God said that He was going to purposely make Pharaoh's heart stubborn ("hard" in the KJV) so that He could multiply His signs and wonders. That meant God was going to make it difficult, correction...impossible for them to leave Egypt just so that His works would be even more noticeable. The Lord could have made their exodus easy. In fact, He could have made it so it required no miracles at all. He could have simply touched Pharaoh's heart, and Pharaoh would have said "Ok, you can go", and that would have been that.

But would people have seen God in that? Would God have gotten the glory, or would the Israelites have said "I tell ya, that Pharaoh sure is a nice guy", or "That Moses sure is an awesome deliverer". Would we be reading about it and commenting on it here on social media thousands of years later? ....Probably not. So the Lord hardened Pharaoh's heart to set a dark stage from which His light could shine even brighter.

I don't know about you, but that gives more purpose to my pain. That lets me know that even my hard times can be a part of God's plan. And His plan just might be that through my difficult situations, correction...impossible situations, I will be delivered, and He will be revealed.  Through Christ I will be stronger, and through me Christ will be known.

So you and I both have to ask ourselves this question...Am I ok with that? As Oswald Chambers put it, am I willing to be broken bread and poured out wine? Make no mistake about it, our lives are like candles burning down shorter every day. Some burning out faster than others. What we have to decide is while it burns, will I let my light shine on Jesus.

I don't know about you, but I have decided that my story will be for His glory!
Posted by Rev. Eric Evans at 5:40 AM