The Blessing of an Unanswered Prayer 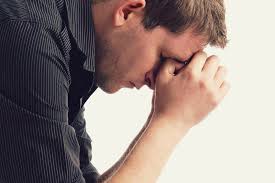 I'm about to make a statement, and some of you will immediately understand what I'm saying. Some of you haven't thought about it or yet realized it. Some of you may think I'm full of it. Which is ok, and which is why God is leading me to post this. So, here's the statement.
Sometimes the best answer to a prayer is when that prayer goes unanswered...(Pause to let that bell finish ringing....now let me ring it again). Sometimes the best answer to a prayer is when that prayer goes unanswered.
Now let me share a story to help you understand how I see this. So, I went to college to be a Social Studies teacher. I majored in History and minored in Education. I finished my coursework, did my student teaching, graduated, and shortly after got a job. I taught two years at Southeast Halifax High School then moved to Beddingfield High School in Wilson. Before I left Southeast, I started working on my master's degree in school administration. My plans were to teach a few years, and then work my way up the administration ranks to the superintendent's office. I wanted to follow in the footsteps of my oldest brother Ralph, who had done the same. I really admired him, and still do. Well, while in graduate school, things got pretty rough. Tonya and I started a family, and in case you didn't know, teachers don't make a whole lot for the professionals they are; especially new teachers. Grad school and the travel back and forth was expensive, and the schedule was taking a toll on me. Then, I heard of a program called the Principal Fellows program. It paid for full-time grad school and you worked a part-time internship that also paid. I was like, "Thank You Lord, that is for me!". So I applied for it. I was a babe in Christ at that time, but I knew enough to pray over my application. I felt I was a shoo-in. I was young, ambitious and was making pretty good grades in grad school up to that point. Not to mention...I prayed over my application.
Well, a few weeks later I get a letter from the office of that program. It was a thin letter. You know that's usually not a good sign, because it only takes one page to say "no". But hey, I had prayed over it, so I figured the first letter was to tell me yes, and all the other paperwork would follow. Weeell, I opened it...and it was a no. But, but...I had prayed over it?! It was what I wanted....what I needed....and I had prayed over it. I was devastated. I hadn't thought out a plan B, and honestly I felt let down by God. And that unanswered prayer rested on my heart for some time. I still believed in the Lord, and I still prayed to Him. But I have to admit that for a long time after that, many of my prayers were lobbed up to Heaven followed by a question mark.
Fast forward over many mountains, and through many valleys in my life with God, and I see things differently now. I see that we all have a limited perspective of the world. We can't possibly see the grand plan God has laid out for us. At the time, I couldn't have possibly known that God's plan for me didn't include that program. I didn't know that He was going to switch my careers and lead me to a bi-vocational pastoral ministry with the job I have now. Oh I wish I had the time to share with you all the doors that have closed in my life and all the others that have opened. Let's just say that where I am right now is where God wants me to be, and I would not be where I am if I had gotten into that program. And it is because that and many other things that happened to me are the reasons I can stand flat-footed and say, sometimes the best answer to a prayer is when that prayer goes unanswered.
If you are discouraged because a prayer of yours has gone unanswered, be encouraged in knowing that God's plan is best. Faith requires not only that we believe in Him when we can't see Him, but also that we trust Him when we don't understand Him. His plan for your life is better than the one you've already mapped out, simply because He can see from your beginning all the way to your end. So keep on praying, even when some prayers go unanswered, because it's the conversation with God that brings you closer. Then you will see the blessing of an unanswered prayer.
Posted by Rev. Eric Evans at 5:30 AM