God is Restoring Me 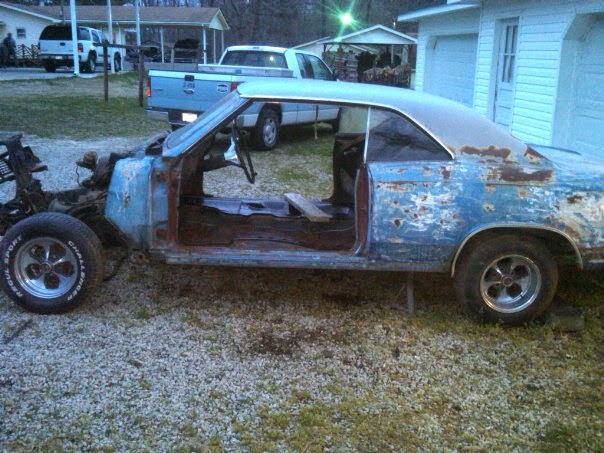 Take a look at this car. That's the latest project of my good friend Tony. Now, if I had come upon that car, I likely would have thought something like "What a hunk of junk!". And if it were in my yard, I likely would have paid someone to tow it to the scrap heap. But not Tony. When Tony looked at this car, he didn't see it for what it was at that moment. No. He saw what it could be. More specifically, my guess is he looked at it and thought of what it looked like when it first came off the line back in 1966. How shiny it must have been. How that engine probably purred. How it might have felt cruising through "Hollywood" listening to "You Can't Hurry Love" by the Supremes, or "When a man loves a woman" by Percy Sledge, or some of the other hits from that year. And with those thoughts, Tony looked past its current state and set out to restore it to what it once was.
I feel like that's how God looks at us. Where others might peer down thier noses to judge our present flaws, and summise that the best is all but behind us, and we're good for nothing and can do nothing for good; God instead sees in us the possibilities of what we could be. He has the grace-filled ability to look past the dents we bear from bad decisions; the rust on our bodies from a life worn down by sin; the shattered windows and windshields of our souls, some broken out by the storms of life, others by the rocks hailed by our haters. And not only can God see past all of that, He, and He alone, has the power to restore us unto Himself.

In the book of Joel, you can read about the rusting away of Israel's obedience to God. For generations, Israel had chosen their own ideas and desires over the commands of the Almighty. This led them to their vulnerability and weakness, which led to them being conquered by their enemies. The picture of their spiritual demise was best painted by the physical destruction of their crops brought by locusts. Locusts go through different stages of development. First, the worm-like larvae stage, then the crawling stage, then the hopping stage, and finally the flying stage. At each stage their swarms bring about a greater level of destruction to crops, which Israel experienced. And as their crops slowly wasted away, so did their relationship with God and their spiritual strength. Sort of like that 66 Chevelle wasting away in the weeds. Sort of like you and me at points in our lives.

But God, who is not only our great Creator, is also, through Christ, our great redeemer. He promised Israel that if they repented of their sins and returned to Him, He would restore everything they had lost. In Joel 2:25-27, God said through the prophet "I will give you back what you lost to the swarming locusts, the hopping locusts, the stripping locusts, and the cutting locusts. It was I who sent this great destroying army against you. Once again you will have all the food you want, and you will praise the Lord your God, who does these miracles for you. Never again will my people be disgraced. Then you will know that I am among my people Israel, that I am the Lord your God, and there is no other. Never again will my people be disgraced". And that, my facebook friend, is not just a promise to the nation of Israel. Through Jesus Christ, it is the covenant made to every believer.

At one time in my life, spiritually speaking, I felt about like the first picture of Tony's car. Now look at this second picture below, and see how I feel now. God saw what I could be, and in 1997 when I confessed my faith in Jesus, He began a restoration process to make me into what He could see. And just like Tony is not yet finished with his Chevy, God is not yet through with me. Every day He's building me back to what He intended from the start, and I can see more clearly what I will be when He's finished. 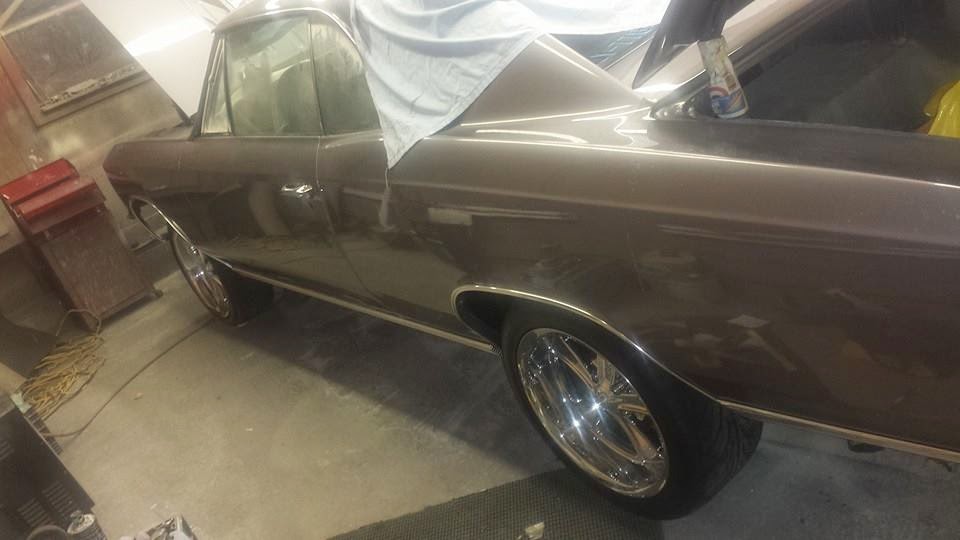