Eyes that See, a Heart that Feels, and Hands that Do. 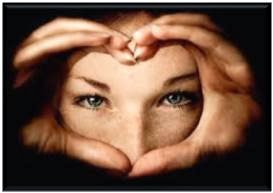 Ok, so those are stats that you have to research, but if you really open your eyes, there are things you can see. You'll see that marriages are falling apart, kids are dropping out of school, and elderly people are struggling to survive. Yeah, now that you think about it, you see those things and more don't you?

In the story of Jesus feeding the multitude with the two fish and five loaves of bread, the people had a need. They needed food to eat, and Jesus saw that need. He was not so consumed with His own needs or His own schedule or His own notoriety that He could not see it. But He didn't just see it; He felt something about it. He had compassion about their situation. And...He didn't just feel something about it; He did something about. The disciples suggested that they send the people away so they could get their own food. But Jesus said the people would stay and they would feed them. Of course you know the story, he took the two fish and five loaves of bread, He blessed it, He broke it, and He fed the thousands of people with it. That's because Jesus has eyes that see, a heart that feels, and hands that do. How about you?

What will you do about the needs you see around you? You might be thinking that you don't have much, and what little you have won't make a difference. Well, the little boy who gave his fish and bread over to Jesus probably thought the same thing at first. You will find that your little can become a lot in the hands of God. But you have to have eyes that see, a heart that feels, and hands that do.
Posted by Rev. Eric Evans at 6:16 AM