Let Jesus Be Your Valentine! 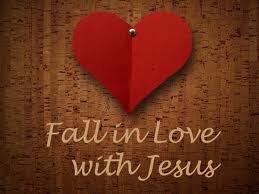 Do you know the history of Valentines Day? Tradition has it that Saint Valentine was a Catholic priest in Rome during a time before Christianity was accepted. During that time, Roman Emperor Claudius II had made a decree that all young men were to remain unmarried. He thought that would make them better soldiers. However, St. Valentine secretly performed marriage ceremonies. When discovered, Emperor Claudius ordered him killed.

Legend has it that before his execution, Claudius offered Valentine the chance to live if he would renounce his faith in the true and living God and follow the pagan gods of the day. Valentine refused and instead tried to win Claudius's soul for Christ. Valentine was not successful and was martyred in AD 269.  Some say that Valentine wrote a note to his secret love on the night before his execution, and signed it "from your Valentine".

What a beautiful Christian story that goes untold because it doesn't sell teddy bears or chocolate hearts. But it is a story of the greatest love this world has ever known, the love that God has for us. John captured it so well in his gospel when he recorded "For God so love the world, that he gave his only begotten son, that whosoever believes in him should not perish, but have everlasting life." God loves you so much that He gave what He loved the most and what you needed the most....His son the savior.

So if you really want to know about true love, let Jesus be your valentine.